Posted by Donnee Patrese at 12:14 PM No comments: Links to this post
Email ThisBlogThis!Share to TwitterShare to FacebookShare to Pinterest

How to start a novel | Donnee Patrese

Posted by Donnee Patrese at 2:14 PM No comments: Links to this post
Email ThisBlogThis!Share to TwitterShare to FacebookShare to Pinterest

“Beautiful!” He whispered.
I shuddered as he slid his tongue skillfully and sensuously down my earlobe. His hot and wet tongue continued making a path down my neck. My thoughts fragmented as he planted gentle kisses driving me insane.
Electricity shot through my body as his warm and soft lips caressed me. I ran my fingers through his dark silky hair and he moaned with pleasure. I felt him push himself off the bed.
I noticed he was still in his suit.
“You are so fucking beautiful.” He said furiously fighting with his clothes dropping his suit jacket to the floor.
His emerald green eyes never left mine as he wrestled with each article of clothing.
“Your clothes, my sweet, off. Now!” He demanded, throwing his cream-colored shirt onto the floor.
I blindly removed the rest of my clothing and tossed them on the floor beside the bed. He unfastened his belt and whipped it from the loops. I stared at his smooth olive- colored skin reddened by his desire.
My goodness!  I have never been so horny or wanted a man so fucking badly in my life. My body was on fire at the thought of tasting him.
I gazed at his lovely form as he tossed his pants over his shoulder. They landed on the lamp across the room. The lamp tilted and crashed onto the chair next to the bed.
His movements were swift as he climbed on the bed in only his boxers and began to help me finish removing the rest of my clothing.
His hands slipped underneath the straps of my bra. My nipples instantly firmed from his sensuous touch. He slid the thin straps from my shoulders reaching behind me to release me from the lacy material.
“So beautiful,” he whispered.
Next, he brought his attention to my panties. He took his time slowly pulling them down my legs. The soft material caressed my thighs and calves as he delicately slid them from my ankles.
After I was completely naked, he slowly removed the rest of his clothing. My body was getting hotter and hotter, threatening to erupt as he slid next to me. He trailed his fingers up and down.  They were like paint brushes designing a masterpiece on my body.
I could not get enough of watching him. His lips were firm and sensuous, yet the wrinkles around his mouth and eyes gave away his age. His classically handsome features melted away my sanity.
I was losing control.
I liked losing control.
The champagne haze had me wanting to be so dirty and nasty. I was so ready to be satisfied. At that moment, I felt him pause. He stopped and looked into my eyes.
He sighed.
“What’s wrong?” I asked tenderly.
“Maybe we should not do this.” He said easing off the bed.
I didn’t like the sound of that. I needed him inside of me. I refused to let him back out now.
“What do you mean?” I asked barely catching my breath.
“I really want to fuck you, but I can’t do this here.”
I knew deep down I should not force him. My desire, however, would not allow me to let him walk away.  It’s hard to get turned on and then turn it off.
I figured I wouldn’t force him. I would just gently persuade him.
I spread my legs and began to gently push two fingers inside my dripping wet pussy.

I watched him lick his lips, but he didn’t get on the bed. I pulled my fingers out slowly and seductively licked off the juices.
He eased on the bed and ran his fingers up and down my thighs.
“Maybe you’re right,” I replied. “We shouldn’t do this.”
He moved over to me and I knew he was hooked.
“Yes we should. I want to fuck you so bad. I need this.” He said capturing my lips with his.
His lips were soft and succulent.
To my dismay, he pulled back lifting himself up to take a good long look at my smooth chocolate
body.

Posted by Donnee Patrese at 2:47 PM No comments: Links to this post
Email ThisBlogThis!Share to TwitterShare to FacebookShare to Pinterest
Older Posts Home
Subscribe to: Posts (Atom)

Purchase each book on Amazon Today

Member of Writers of Kern a Branch of California Writers Club

Get your copy of My Latest Book on Amazon today! 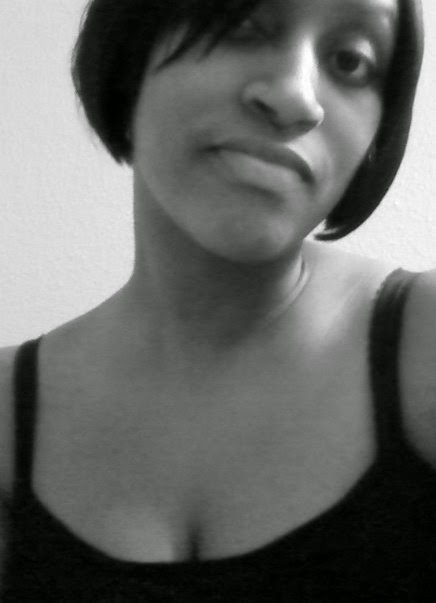 Check out my Blog on My Bipolar Disorder